A visit we made to Berlin in 2012 had a profound effect on me. Not only did I go into my father’s childhood home in the Berlin suburbs but also, to my dismay, I found my grandfather’s name in books about the SS.

One of the things that writing and giving talks about this book has really made me think about is how an ordinary man can go hideously wrong. And I’m keen to contribute to wider understanding of the issues my family story raises.

Writing the book
My dad had always thought his father was no more than a simple pen-pusher. In a way he was, it was just that his pen shaped the lives of thousands of concentration camp inmates.

This book does more than tell the story of a man directly involved in the Holocaust. It describes what it was like to belong to the family of an SS officer.

And it provides uplifting evidence that revealing the truth from the past brings hope and reconciliation in the present.

There have been plenty of books about the Nazis, plenty about Hitler, and a fair number told by concentration camp survivors. But what was it like being in the family of an SS officer? And how did they cope with shame and guilt after the war?

The man in the picture on the right is Rudolf Adolf August Martin Wilhelm Niemann. My dad. I’m the blotchy wee bairn with a bear and measles.

My father Rudi and his brother Ekart were only boys when hostilities ceased, but they both provided jaw-dropping testimony to events that no child should have had to experience.

A Nazi in the Family was published in hardback in 2015, and in 2018 went into paperback. It tells the family story from the outbreak of the First World War right through to the new life my dad and his sister carved for themselves in Scotland after WW2.

The striking images in the book (including those on the jackets) belong to a large and extraordinary family archive. Sarah has digitally restored them all – have a look here to learn more.

Do you belong to a group who would like me to tell the story of A Nazi in the Family?

I have been asked to speak to a wide range of organisations, including family history societies and faith groups such as the Jewish B’nai Brith. One of the strong themes of the book is how an ordinary man can go hideously wrong. We all have the capacity to do evil; the challenge is to prevent the bad side of human nature coming to the fore.

If you’re interested in a talk by me and the daughter of Holocaust survivors (we’re a team!) then have a look at our Holocaust page.

If you have comments on the book, or if you have further information, please use the email link on our contacts page.

Are you the descendant of a WWII German living in the UK?

A Nazi in the Family touches on the broader issue of how the post-war children of German immigrants coped with their halb-Deutsch lives.

If you too are the child or grandchild of a German, I would definitely like to hear from you. Send me an email and tell me your story (click on the contact tab above). 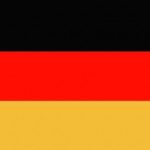 2 Replies to “A Nazi in the Family”

This site uses Akismet to reduce spam. Learn how your comment data is processed.